Indian film actor and producer, Mammootty (Muhammad Kutty Ismail Paniparambil) is arguably one of the most popular, internationally recognised and finest actors in Malayalam today.

In a career spanning more than three decades, he has acted in more than 360 films and been awarded the National Film Award for Best Actor three times. He has also won five Kerala State Film Awards and eleven Filmfare Awards. In 1998, he was awarded the Padma Shri for his contributions towards the arts.

Mammootty’s first film with Bharat Gopy was director Hari Kumar’s Oru Swakarayam in 1983. It paved the way for a warm rapport and friendship that lasted till the legend’s end. Mammootty was instrumental in the production of Patheyam that also brought Bharat Gopy actively back into the business of films. 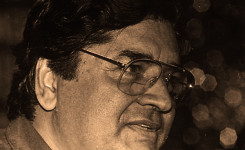 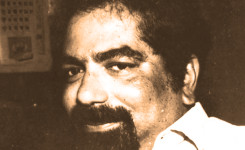