Tweet
In conversation with TG Jayakumar of the Indian Express, and originally appeared on July 22, 1978.

Gopy, who made newspaper headlines with his national award-winning performance in Adoor Gopalakrishnan’s ‘Kodiyettam’, is still loyal to his first love, the stage.

“I have been a stage actor for the last 20 years and would like to continue on stage only”, the actor who made Sankarankutty, the native drifter who refuses to come in terms with life in Kodiyettam memorable, told the Indian Express in an interview the other day. But quite unlike other stage-is-my-first-love-buffs, Gopy does not underestimate cinema as a medium. “Fundamentally, I do not find much difference between the stage and the screen.Both are powerful media.” It was Adoor Gopalakrishnan himself who introduced Gopy to the screen offering him a “small but significant” role in his award-winning ‘Swayamvaram’ in the early 70’s.

The award-winning effort in Kodiyettam was only the second and his swan-song for the screen could be the role of a circus company manager in ‘Thambu’, directed by Aravindan, the tall, bald, unassuming and soft-spoken Gopy hinted. Quite unlike other role-hunting, individualistic, selfish, mercenary stars, Gopy is concerned about the total impact of a film. His concept and approach to the medium are also different. Success depends on the co-operation of the artistes and the technicians, he says. For him films are either good or bad. The distinction of art films and commercial films donot carry any sense to him. And any “clean movie” is good cinema, for this advocate of purity of the medium. Again, quite unlike other glamour-crazy stars Gopy has his own views and does not require any platform to air them. He would not even mind quoted.

No clique of the industry can isolate good movies, he said referring to the reported move to confine certain films to noon shows.Only a revolution and consequent birth of good movies can pose any competition to the good movies of the day, he says.

Gopy is happy at the welcome trend of more and more people enjoying good films, which he says are those which rectify what is felt as absurd. According to him, film-making has nothing to do with a pre-set story.But incidents portrayed can evolve a story.He did not expect any award for himself though he knew Kodiyettam would win one.

Gopy ended on a note of personal sorrow.He is, since the award-winning effort referred to and addressed as “Kodiyettam Gopy”.He would like to be known and called as V Gopinathan Nair. 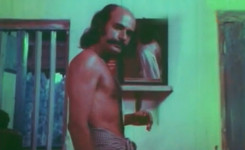 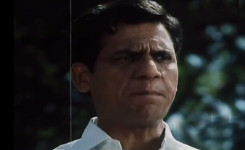