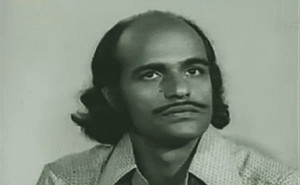 The award-winning effort in Kodiyettam was only the second and his swan-song for the screen could be the role of a circus company manager in ‘Thambu’, directed by Aravindan, the tall, bald, unassuming and soft-spoken Gopy hinted. Quite unlike other role-hunting, individualistic, selfish, mercenary stars, Gopy is concerned about the total impact of a film. His concept and approach to the medium are also different. Success depends on the co-operation of the artistes and the technicians, he says.