A retrospective of stars representing popular Hindi as well as regional films.This includes films of Dilip Kumar, Nargis, Waheeda Rehman, Meena Kumari, Balraj Sahni, Prithviraj Kapoor on the one hand and Shashi Kapoor, Smita Patil, Naseerudin Shah, Shabana Azmi, Om Puri, Soumitra Chatterjee, Gopy, Amitabh Bachchan on the other; works of atleast three women directors : Sai Paranjpye, Aparna Sen and Prema Karanth; some regional films that are part of the “new cinema” and which have been selected from among those shown at annual film festivals in India.

END_OF_DOCUMENT_TOKEN_TO_BE_REPLACED Slowly but surely, cinema is getting rid of elements borrowed from literature, theatre and music.One day there will be pure cinema.I hope to be closely associated with film makers travelling towards that direction.As an actor, I hope new demands will be made of me.Right now, the most excruciating thing I’m asked to do is to feel very sad and lonely on a set jam packed with people.Which is very easy to perform because I can switch off in a second and really believe that I have landed on a deserted island.

END_OF_DOCUMENT_TOKEN_TO_BE_REPLACED 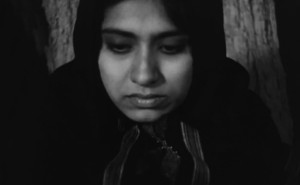 Most small-minded actors fall in love with their own image onscreen, their minds are static.They fail to criticize themselves or listen to their criticism.The thing I saw while I shot the scene is what I see on the screen later – no difference.

Only now I have nothing to do with that image, whatsoever. A character once performed, must be entirely annihilated.